Department of Defense (DOD) defines a directed-energy weapon this way: „DE is an umbrella term covering technologies that produce a beam of concentrated EM energy or atomic or subatomic particles.“ It continues. „A DE weapon is a system using DE primarily as a direct means to damage or destroy adversary equipment, facilities, and personnel. DE warfare is military action involving the use of DE weapons, devices, and countermeasures to either cause direct damage or destruction of adversary equipment, facilities, and personnel, or to determine, exploit, reduce, or prevent hostile use of the EMS thought damage, destruction, and disruption.“

The two basic types of DEWs include lasers and microwaves. Microwaves and lasers are both part of the electromagnetic spectrum. They‘re made of the same electromagnetic energy which consists of light and radio waves.

For ease of identification, groups of consecutive frequencies within the spectrum are divided into ranges. The frequencies within these ranges may overlap, which makes determining which range a frequency belongs in more difficult. Because lasers have a shorter wavelength than microwaves, they vibrate at a a higher frequency. Lasers and microwaves are merely different aspects of the exact same energy. The only difference between them is their frequency.

Microwave weapons consist of basically two major technologies. First are the millimeter wave devices which can be focused on a target at great distances and produce a burning sensation. An example of this is the Active Denial System (ADS). The second is the electromagnetic bomb (e-bomb), which can destroy electronic circuitry, communications networks, and harm organic matter at a distance, with a non-nuclear electromagnetic explosion (pulse).

DEWs are subject to diffraction, which is basically the reduction of focused power caused by the dispersal of their energy in the atmosphere. The shorter the wavelength, the less diffraction occurs.

Laser wavelengths are about 10000 times smaller than microwaves. Therefore, they are more suitable for accuracy at long distances, because they diffract 10000 times less. Diffraction can be used to the advantage of the operator. For instance, if a large area needed to be irradiated, high-powered microwaves could accomplish this, such as the e-bomb.

In addition, they are scalable, which means a single weapon can be configured to produce a multitude of effects by adjusting its power or frequency. Some include tiredness, dizziness, vomiting, abdominal pains, convulsions, epileptic seizures, and temporary paralysis.

Other effects include: Vibration of internal organs, cooking of internal organs, cataracts, burning sensations, controlled heating of the entire body to produce hyperthermia of fever, headaches, and a loos of short-term memory or cognitive processes. They can even be tuned to cause death by cardiac arrest or cancer. This energy can be transmitted accurately for long distances (in some cases many miles). Some can pass through most unshielded structures with little difficulty. And their use is virtually undetectable by casual observation.

These weapons are mounted on platforms, which have been described as physical structures that are used to support of deliver the weapons. A weapons platform can be a missile, aircraft, ship, vehicle, etc. Other platforms evidently exist, as described by the Journal of California Law Enforcement, which revealed in January of 2002 that not only can an HPM can be built into a van, but highly portable suitcase-sized weapons and ones that resemble radios exist. Such weapons, the Journal tells us, offer covert qualities and the deniability of use.

It‘s no longer necessary to place a military force or an assassin near a target due to the invention of these weapons. „The advantage of directed energy weapons over conventional ones is deniability“, agreed Metz and Klevit, which „must be aimed at the American people, who do not sanction the imprisonment, much less execution, of individuals without a trial“

Most directed-energy weapons require an acquisition, tracking, pointing, and fire control (ATP/FC) systém. Much research on FRP/FC was done by the Strategic Defense Initiative (SDI) for the Space-Based Laser (SBL) program, which began in the mid 1980s and continues to this day.

ATP/FC systems allows a DEW to engage a large number of targets by placing a directed-energy beam on the aimpoint of each target. There are broad sensors which detect general activities, and refined sensors which provide a more accurate view of the target. These sensors are usually low-powered infrared lasers which propagate well through the atmosphere.

Wide-area (broad) sensors are used to detect certain activities, which are then passed to the more refined sensors which may be linked by computer to a decision making algorithm. Information is passed from the broader sensors to the more accurate ones in succession. All of these sensors may be autonomous (self-directing).

Different sensors are used during the multiple phases, which include acquisition, tracking, pointing and fire control. For instance, for a missile, infrared sensors would detect the heat signature of the missile during the acquisition phase. Another sensor would determine its flight path during the tracking phase. In the pointing phase, yet another sensor would locate a specific point on the missile and fire an energy beam to that point.

Than during the fire control phase, the results of the hit are transmitted back to the FTP/FC unit for assessment. At this time a computer algorithm containing per-programmed sets of instructions may determine the next course of action based on the results. Then the next target is selected and the process begins again. Some systems include a feature which allows them to prioritize targets.

In its 1984 directed-energy plan, the SDI included the development of STP/FC systems for future directed-energy weapons, including the creation of systems to track a target at a range of up to 3000 miles within a diameter of about 4 inches. Another was to create a computer algorithm to handle the ATP/FC of at least 100 simultaneous targets at a rate of the least two shots per second, and then conduct damage assessment on each one.

Directed-energy weapons provide quick employment, deep clip capacity, scalability from lethal to non-lethal, simplified pointing and tracking, all weather capability, multiple target engagement, and long distance projection (tens of miles). They can also pass thought walls without a trace. They provide, surgical accuracy at the speed of light. They are also silent, and offer the military and law enforcement plausible deniability of their use. 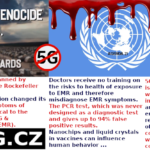 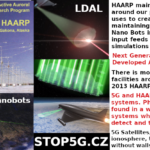 One thought on “Directed-Energy Weapons – Lasers and Microwaves”