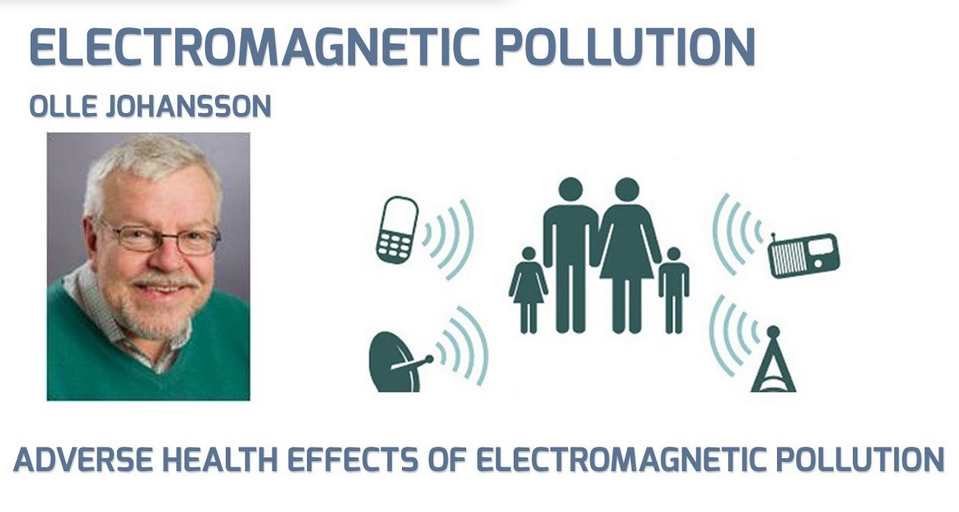 Even before 5G was proposed, dozens of petitions and appeals[7] by international scientists, including the Freiburger Appeal signed by over 3,000 physicians, called for a halt to the expansion of wireless technology and a moratorium on new base stations.[8]

In 2015, 215 scientists from 41 countries communicated their alarm to the United Nations (UN) and World Health Organization (WHO).[9] They stated that “numerous recent scientific publications have shown that EMF [electromagnetic fields] affects living organisms at levels well below most international and national guidelines”. Thousand and thousand reviewed scientific studies shown above demonstrate harm to human health from RF radiation. Effects include:

Damage goes well beyond the human race, as there is abundant evidence of harm to diverse plant- and wildlife[32][33] and laboratory animals, including:

The WHO’s International Agency for Research on Cancer (IARC) concluded in 2011 that RF radiation of frequencies 30 kHz – 300 GHz are possibly carcinogenic to humans (Group 2B).[49] However, recent evidence, including the latest studies on cell phone use and brain cancer risks, indicate that RF radiation is proven carcinogenic to humans[50] and should now be classified as a “Group 1 carcinogen” along with tobacco smoke and asbestos.

Most contemporary wireless signals are pulse-modulated. Harm is caused by both the high-frequency carrier wave and the low-frequency pulsations.[51]

The deployment of 5G satellites must be prohibited

The Earth, the ionosphere and the lower atmosphere form the global electric circuit[52] in which we live. It is well established that biological rhythms—of humans,[53][54] birds,[55] hamsters,[56] and spiders[57][58]—are controlled by the Earth’s natural electromagnetic environment and that the well-being of all organisms depends on the stability of this environment, including the electrical properties of the atmosphere.[59][60][61][62] Cherry, in a groundbreaking paper, [63] explained the importance of the Schumann resonances[64] and why ionospheric disturbances can alter blood pressure and melatonin and cause “cancer, reproductive, cardiac and neurological disease and death”.

These elements of our electromagnetic environment have already been altered by radiation from power lines. Power line harmonic radiation[65] reaches the Earth’s ionosphere and magnetosphere, where it is amplified by wave-particle interactions.[66][67] In 1985, Dr. Robert O. Becker warned that power line harmonic radiation had already changed the structure of the magnetosphere, and that the continued expansion of this effect “threatens the viability of all life on Earth”.[68] The placement of tens of thousands of satellites directly in both the ionosphere and magnetosphere, emitting modulated signals at millions of watts and millions of frequencies, is likely to alter our electromagnetic environment beyond our ability to adapt.[69]

Informal monitoring has already provided evidence indicating serious effects on humans and animals from the approximately 100 satellites that have provided 2G and 3G phone service from low orbit since 1998. Such effects cannot be understood only from consideration of the low levels of radiation on the ground. Knowledge from other relevant scientific disciplines must be taken into account, including the fields of atmospheric physics and acupuncture.[70][71][72][73] Adding 20,000 5G satellites will further pollute the global electric circuit[74][75] and could alter the Schumann resonances,[76] with which all life on Earth has evolved. The effects will be universal and may be profoundly damaging.

5G is qualitatively and quantitatively different from 4G

The idea that we will tolerate tens to hundreds of times more radiation at millimetre wavelengths is based on faulty modelling of the human body as a shell filled with a homogeneous liquid.[77][78] The assumption that millimetre waves do not penetrate beyond the skin completely ignores nerves,[79] blood vessels[80][81] and other electrically conducting structures that can carry radiation-induced currents deep into the body.[82][83][84] Another, potentially more serious error is that phased arrays are not ordinary antennas. When an ordinary electromagnetic field enters the body, it causes charges to move and currents to flow. But when extremely short electromagnetic pulses enter the body, something else happens: the moving charges themselves become little antennas that reradiate the electromagnetic field and send it deeper into the body. These reradiated waves are called Brillouin precursors.[85] They become significant when either the power or the phase of the waves changes rapidly enough.[86] 5G will probably satisfy both criteria.