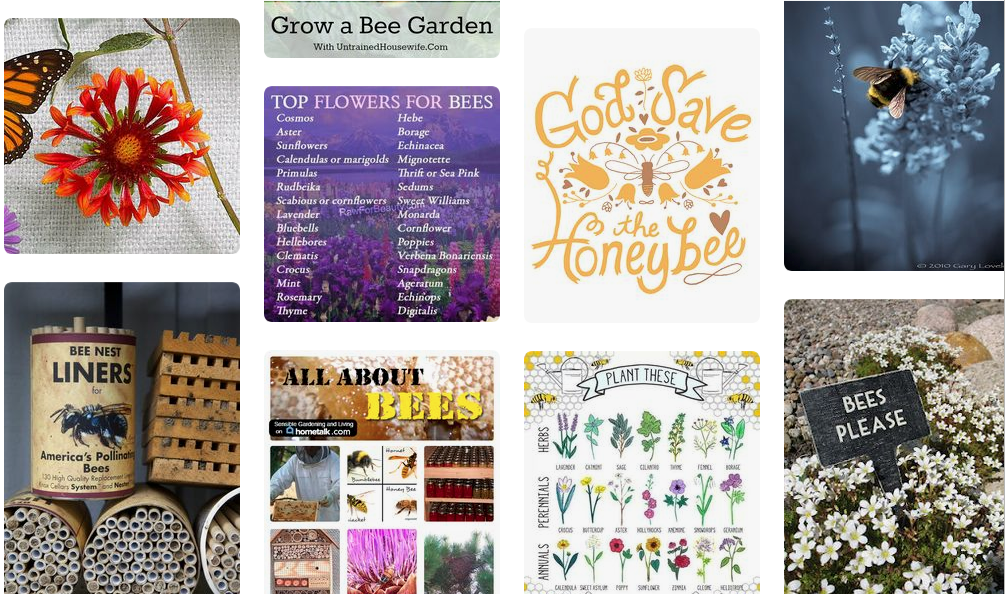 The worldwide maintenance of the honeybee has major ecological, economic, and political implications. In the present study, electromagnetic waves originating from mobile phones were tested for tremendous effects on honeybee behavior. Mobile phone handsets were placed in the close vicinity of honeybees. The sound made by the bees was recorded and analyzed. The audiograms and spectrograms revealed that active mobile phone handsets have a dramatic impact on the behavior of the bees, namely by inducing the worker piping signal. In natural conditions, worker piping either announces the swarming process of the bee colony or is a signal of a disturbed bee colony.

The disappearance of Bees is largely blamed on Pesticides. However there is definitely another cause – non thermal electro magnetic radiation. Mobile phones, Wi-fi, and SmartMeters are all contributors to EMF’s. North American Health Organizations and Governments should look into industry financed programs and change them before health is affected – both for Bees and Human Beings.

Forget the honey: B.C. bees to pollinate blueberries by Jeff Lee – The Vancouver Sun – March 07, 2012: Beekeepers in B.C. have brought in more than 3,000 packages of bees from New Zealand to bolster local bees to supply blueberries.

There are serious side effects concerning health since the installation of the smart meter device at my home.

What You Can Learn From the Birds and Bees – Dr. Stephen Sinatra’s Heart MD Institute.

Is electromagnetism one of the causes of the CCD? A work plan for testing this hypothesis

The decline of domestic bees all over the world is an important problem still not well understood by scientists and beekeepers, and far from being solved. Its reasons are numerous: among others, the use of pesticides and insecticides, the decrease of plant diversity, and bee’s parasites. Besides these threats, there is a potential adverse factor little considered: manmade electromagnetism. The production of electromagnetic waves by human settlements, cellphones relay and power lines largely increases nowadays. Bees are very sensitive to this electromagnetism. The present paper suggests two simple experimental protocols for bringing to the fore the potential adverse effect of electromagnetism on bees and to act consequently. The first one is the observation of bees’ avoidance of a wireless apparatus; the second one is the assessment of colonies’ strength and of the intensity of the electromagnetism field (EMF) surrounding them. If bees avoid a wireless apparatus, if hives in bad health are located in EMF of a rather high intensity, it can be presumed that bees are affected by manmade electromagnetism. This should enable searching for palliative measures

Detection and Learning of Floral Electric Fields by Bumblebees

Summary: For the first time, scientists have demonstrated that the magnetic compass of robins fails entirely when the birds are exposed to AM radio waveband electromagnetic interference — even if the signals are just a thousandth of the limit value defined by the World Health Organization as harmless.

For the first time, a research team led by Prof. Dr. Henrik Mouritsen, a biologist and Lichtenberg Professor at the University of Oldenburg, has been able to prove that the magnetic compass of robins fails entirely when the birds are exposed to AM radio waveband electromagnetic interference.

The findings based on seven years of research by nine Oldenburg scientists, in cooperation with Prof. Dr. Peter J. Hore of Oxford University, are now available in a paper entitled “Anthropogenic electromagnetic noise disrupts magnetic compass orientation in a migratory bird,”. Nature underlines the importance of this study by making it the cover story of its May 15th issue.

“In our experiments we were able to document a clear and reproducible effect of human-made electromagnetic fields on a vertebrate. This interference does not stem from power lines or mobile phone networks,” Mouritsen stresses, explaining that electromagnetic interference within the two kilohertz to five megahertz frequency range is mainly generated by electronic devices. “The effects of these weak electromagnetic fields are remarkable: they disrupt the functioning of an entire sensory system in a healthy higher vertebrate.”

It all started with a stroke of luck. For around 50 years it has been known that migratory birds use Earth’s magnetic field to determine their migratory direction. Biologists have proven this in numerous experiments in which they tested the birds’ navigation abilities in so-called orientation cages. “So we were surprised when robins kept in wooden huts on the Oldenburg University campus were unable to use their magnetic compass,” Mouritsen recounts. Dr. Nils-Lasse Schneider, an electrophysiologist and researcher in Mouritsen’s work group, then came up with the idea that set things in motion: he proposed covering the wooden huts, along with the orientation cages they contained, with sheets of aluminium.

This did not affect Earth’s magnetic field, which is vital for the birds to navigate, but it strongly attenuated the time-dependent electromagnetic interference — the electrosmog — inside the huts. The effect was astounding: suddenly the birds’ orientation problems disappeared. “Our measurements of the interferences indicated that we had accidentally discovered a biological system that is sensitive to anthropogenic electromagnetic noise generated by humans in the frequency range up to five megahertz,” Mouritsen says. The surprising thing here, the biologist adds, was that the intensity of the interference was far below the limits defined by the International Commission on Non-Ionizing Radiation Protection and the WHO.

Considering the potential importance of the finding, Mouritsen and his team performed a large number of experiments to provide evidence of the effect they observed: “Over the course of seven years we carried out numerous experiments and collected reliable evidence, in order to be absolutely certain that the effect actually exists.” Under the leadership of Svenja Engels, Mourtisen’s doctorate students conducted numerous so-called double-blind studies. Several generations of students repeated the experiments independently of one another on the Oldenburg campus. What they found was that as soon the grounding of the screens was disconnected or electromagnetic broadband interference was deliberately created inside the aluminium-clad and earthed wooden huts, the birds’ magnetic orientation ability was immediately lost again.

Furthermore, the scientists were able to show that the disruptive effects were generated by electromagnetic fields that cover a much broader frequency range at a much lower intensity than previous studies had suggested. This electromagnetic broadband interference is omnipresent in urban environments. It is created wherever people use electronic devices. As expected, it is significantly weaker in rural areas. And indeed, unlike on the University campus, the magnetic compass of the robin did function in orientation cages placed one to two kilometres outside city limits, even without any screening. “Thus, the effect of anthropogenic electromagnetic noise on bird migration is localised. However these findings should make us think — both about the survival of migratory birds as well as about the potential effects for human beings, which have yet to be investigated,” Mouritsen concludes.